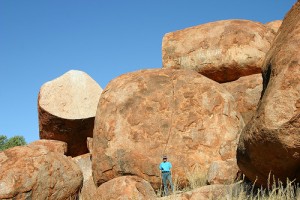 In a move emblematic of the fierce competition for museumgoers, MOCA will follow the recent phenomenon of the LACMA Rock by importing a "heavier rock" transported from "much farther away," the museum announced in a statement.

For MOCA's installation, dubbed Elevated Math, artist Layne Christensen will transport an even more gigantic boulder from a rock quarry near Tupelo, Miss., to MOCA's front courtyard by air via Sikorsky S-64 Skycrane sometime in early 2013.

Sikorsky Skycrane lifting something very big
Wikimedia CommonsSikorsky Skycrane lifting something very big
MOCA Director Jeffrey Deitch said his museum's rock will not only be bigger than the one at LACMA but also better. "They call theirs Levitated Mass," Deitch says, "but ours is the mass that will truly be levitated as it flies over the skies of Los Angeles."

Artist Christensen is working with the FAA to plan the Skycrane's route, which will involve rerouting several passenger flights. The journey is designed to travel over the most populated areas of the country in order to maximize its visibility.

Moving costs for the megalith will be covered by corporate sponsor Rolling Rock Breweries. MOCA also plans to capitalize on the opportunity for merchandise such as T-shirts, tote bags and bumper stickers, and has already copyrighted the phrases "rock star," "rock opera" and "Ours is bigger."

Other artists already planning their own responses to the work include frequent MOCA collaborator James Franco. As the rock nears the airspace above Los Angeles, Franco will mount and ride the rock, Dr. Strangelove-style, until it is lowered into place in the plaza in front of the museum. "I am thrilled to be involved in the creation of this powerful, attention-getting work," Franco says.

At a press conference yesterday, Deitch defended the work against critics who have speculated that it might be viewed as derivative. "The act of mimicry is one of the work's most important aspects," he says. "They do one, then we do one that's bigger. That's what this work is — it's an exploration of the entire notion of biggerness."